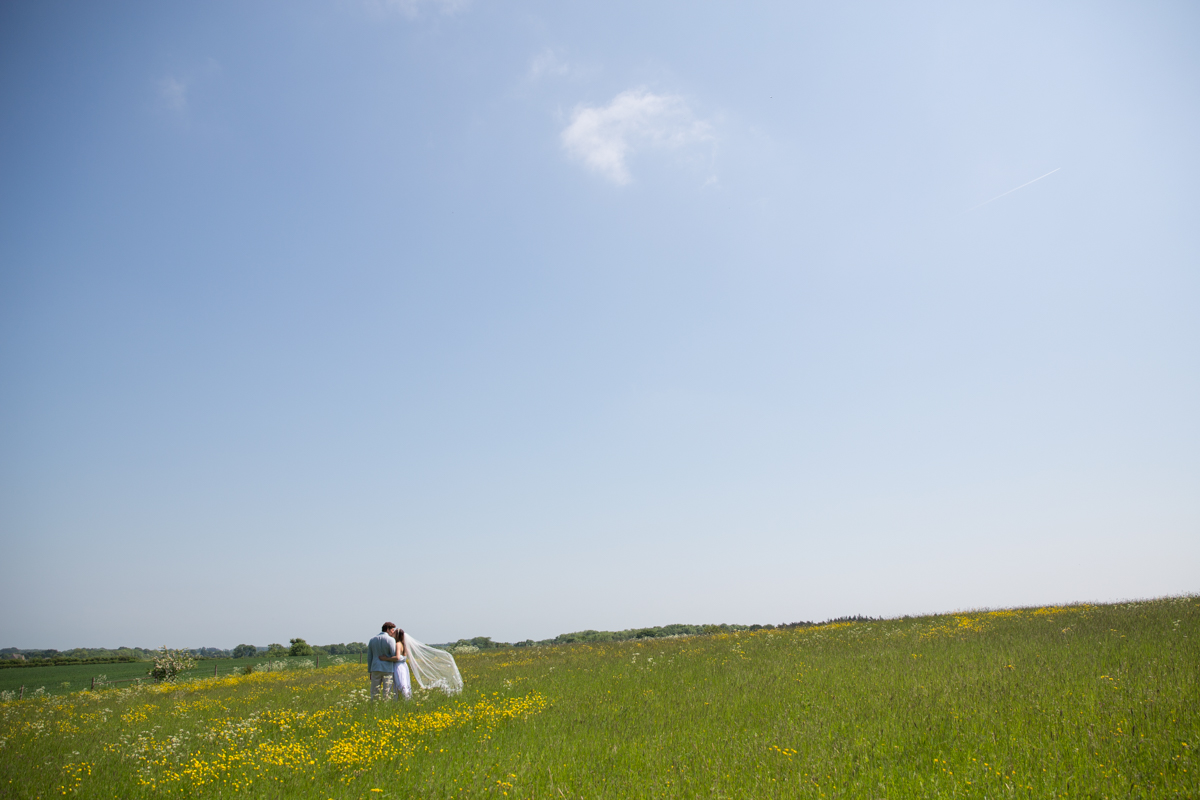 Charlie and Phoebe met at Glastonbury festival – and because of this they wanted their wedding to have a relaxed summer festival feel to it.

The wedding was held at Cripps Barn, a beautiful converted stone barn in the Cotswolds. The ceremony, and most of the day actually, took place outside, and thankfully Charlie and Phoebe were blessed with the most glorious weather. Phoebe walked down the aisle in a dress from ASOS and a pair of show stopping Jimmy Choos, she looked amazing.

Phoebe’s mum had been in charge of all of the flowers and had made Phoebe and her bridesmaids the most beautiful summery bouquets. The instruction Phoebe had given for the bouquet was, ‘something very simple – perhaps a few sweet peas.’ Phoebe’s flowers were far from simple, but when Phoebe saw her mum’s impressive creations she was certainly not disappointed!!

After the blessing, the reception was also held in the garden. Jugs of Pimms were drunk, plenty of lawn games were played and a lot of delicious canapés were enjoyed. One of the highlights of the day had to be the tossing of the bouquet moment. Charlie plays rugby professionally, so they had decided that for this moment he would include some of his team mates and do a ‘line out’ throw with the bouquet. The flowers were thrown to Charlie who was lifted up in the line out by two of his teammates, Charlie then passed the flowers to Phoebe who was on the wing. She then tossed the bouquet to her friends. It was truly original and completely hysterical.

Supper and speeches were followed by the cutting of the cake; which Phoebe had made herself. Charlie and Phoebe’s first dance was to ‘Top of the World’ by Imagine Dragons as it was the song they had had their first kiss to when they met at Glastonbury. From that moment on the dance floor was packed until the end of the night.

Kate is a professional events photographer. Based in London, Kate works throughout the UK to capture and document your event with creative flair and a strong technical ability.