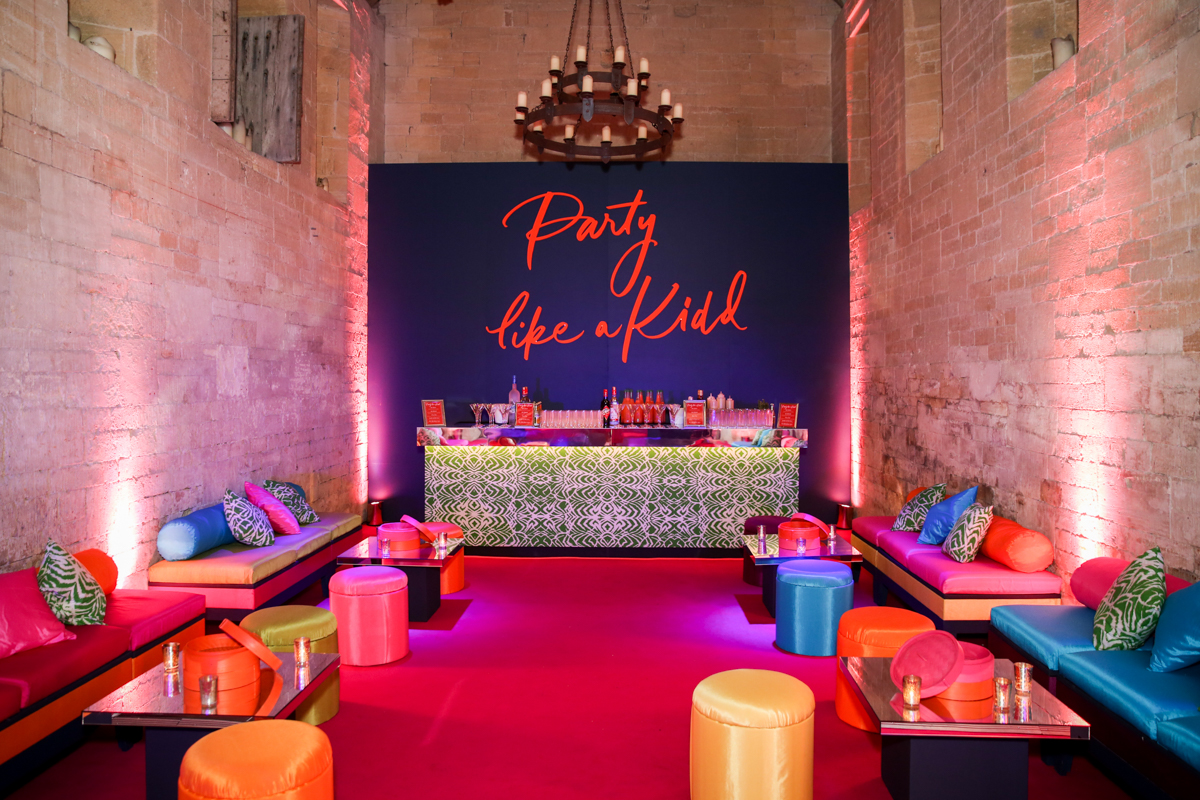 The Kidd Family threw the most amazing party!

The party was organised by the fantastic Lillingston team and took place over two days at Belcombe Court.

As guests arrived on the Saturday evening drinks & canapés were served on the lawn under a bright pink stretch tent. As the sun set, guest were led down a candle lit path and into the most amazingly decorated Marquee I think I have ever seen. It was stunning. After three courses and speeches, the three daughters had arranged a surprise performance for their Kiwi dad. A Maori tribe entered the marquee and performed the Haka. They then led the guests down another candle lit path to the barn where the rest of the evening would take place. The barn had been transformed into a nightclub. As guests entered the barn the band began their first set of the night. Much later in the evening after a fair few rounds of cocktails the silent disco began.

In the early hours of the morning guests made there way back to the ‘Kidd’s camp’ for a few hours of glamping before the second day of celebrations began.

The following morning the celebrations continued. Guests made there way to the pool courtyard for Brunch. What a way to end the weekend!

Kate is a professional events photographer. Based in London, Kate works throughout the UK to capture and document your event with creative flair and a strong technical ability.